Your Complete Guide on Patchouli Oil

One person's odor is another's aroma, and no matter how pungent a smell is, it's almost certainly useful. This is especially true of patchouli oil, one of the most useful essential oils with one of the strongest smells. Humans have used this versatile substance throughout our history, and it continues to play an important role to this day.

Patchouli and its essential oils are readily identifiable by their strong smell. Most would describe patchouli as musky, earthy, or woodsy, inspiring either love or hatred in all who smell it. Over time, this powerful odor mellows, becoming a sweet, even fruity aroma. Because patchouli mixes so effectively with other smells, it frequently serves as a base for perfumes, soaps, deodorants, and other scented and cosmetic products. 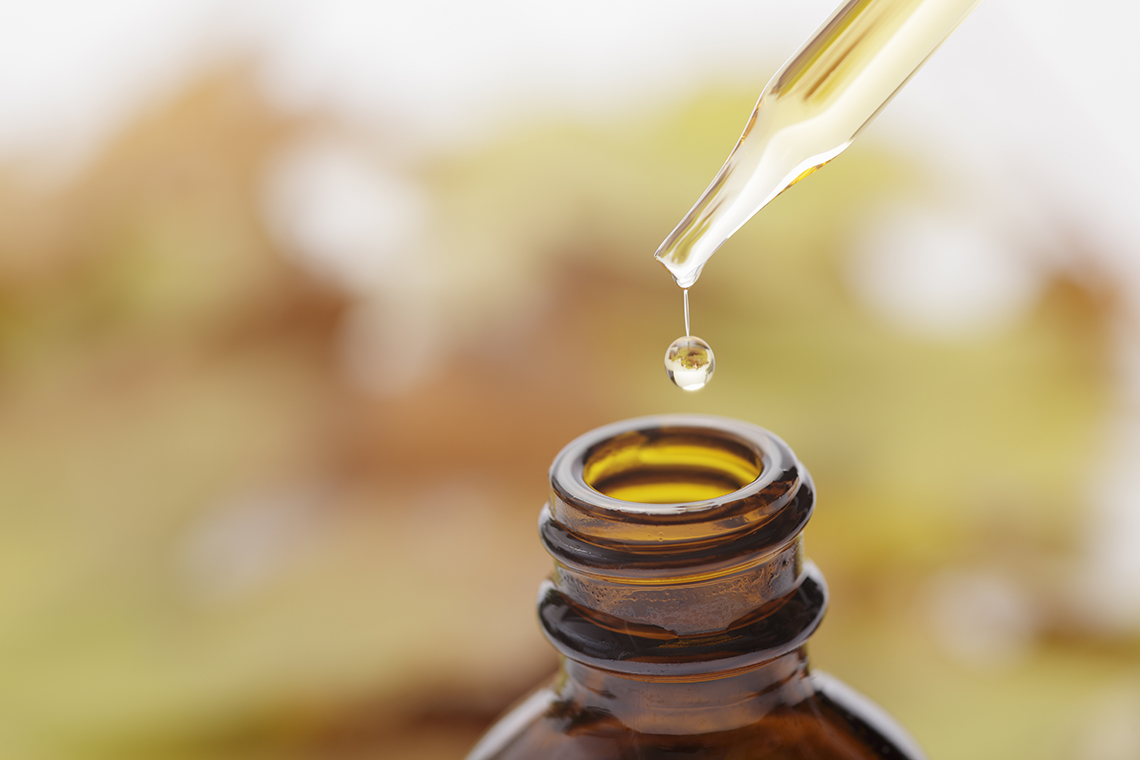 The use of patchouli and its essential oils dates back to before the beginning of recorded history. Although the plant is believed to have originated in Southeast Asia, the earliest written record comes from ancient Egypt, indicating that early humans traded it across continents. In Egypt, King Tut expressed an undying desire for the substance, having ten gallons of it sealed and buried in his tomb. This would allow him to use the oil in the afterlife.

Besides ancient Egypt, the patchouli plant also has a long history in China, where it was introduced at some point during the Northern and Southern dynasties period (C.E. 420-589). The Chinese used it for a variety of medicinal purposes, notably to regulate vital bodily energy, eliminate dampness, and treat the common cold. During the eighteenth century, Chinese silk merchants realized that the oils acted as a powerful insect repellant, no small matter for keeping silks safe on the long journey from China to the Middle East. They began to wrap their fabrics around patchouli leaves, which would destroy the eggs of any moths that had nested there. This kept the silks in good condition throughout the trip.

Although patchouli was not introduced to India until relatively recently in history, it has left its mark on the subcontinent and vice versa. The name "patchouli" comes from Tamil, a Dravidian language spoken in southern India and northern Sri Lanka. Patchouli first reached the Indian Subcontinent in 1834, when Nathaniel Wallich, the British Superintendent of the Royal Botanic Garden in Calcutta, introduced it to the garden. Indians then began to buy and sell it in the markets of Bombay and Calcutta.

Patchouli became a popular product in the West during the nineteenth century, spreading to Europe, the Americas, and all over the world thanks to the British Empire and global trade. Today, it is cultivated in tropical climates all over the world, with the largest producers including Indonesia, Malaysia, China, Brazil and India. 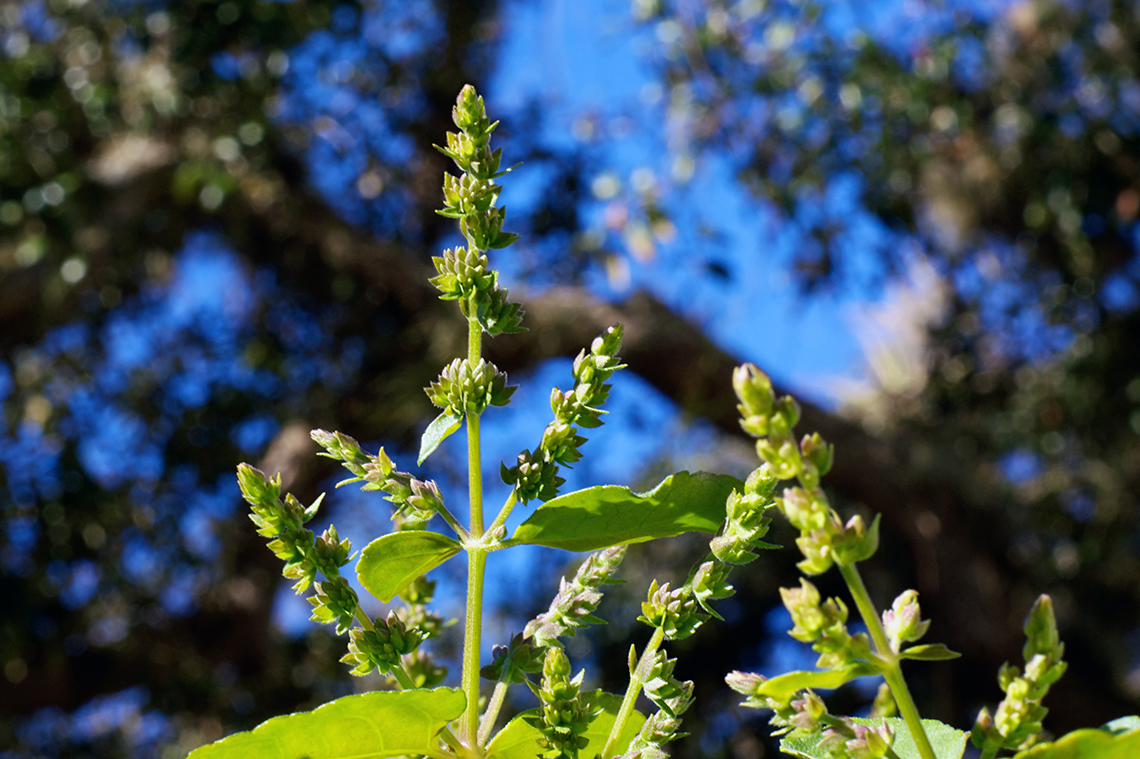 Given its long history and versatile smell, patchouli oils have served a cornucopia of purposes. The most popular uses for the plant and its essential oils include:
Anti-depressant- Although it's no substitute for psychiatric care, patchouli extract has proven to have an antidepressant effect. Further study is needed, but it may be a solution to one of the most common mental health issues.

Patchouli is a common ingredient in oils and other rubs for the body. The substance is believed to have a warming, healing effect on the body, helping to treat eczema, prickly heat, and a variety of other skin issues.

Patchouli oils have natural antibacterial and antifungal capabilities, meaning that they kill germs. Given that antibacterial soaps and antibiotics are slowly losing their power, natural disinfectants are becoming increasingly important for hygiene, medicine, and food preservation. For this reason, patchouli is a prominent ingredient in many body washes, oils, and shampoos.

Like the silk traders of old, modern societies frequently use patchouli to ward off insects. Candle manufacturers, for example, often combine patchouli oils with citronella and lemongrass to produce a candles that drives away insects.

The pungent smell of fresh patchouli oils is ideal for musks and other strong scents. Patchouli that has sweetened with age, as well as Java patchouli, can also contribute to a variety of other perfume types.

Manufacturers sometimes infuse plastics with patchouli oil. This method has become unpopular, however, because it gives plastic products a pungent smell that does not go away over time.
Scented Products- The perfuming power of patchouli also makes it a popular ingredient in air fresheners, detergents, and scented paper towels. Patchouli oils are also a common component of East Asian incense, which has become popular in the West since the 1960s.

Just as patchouli oil, with its adaptable smell, is useful for many different scented products, so too can patchouli leaves season a variety of different foods. Consuming patchouli leaves has been linked to higher secretion of gastric juices, helping your stomach digest food more effectively and reducing the rate of gastrointestinal spasms. You can also eat patchouli directly as a vegetable for a similar benefit.

Patchouli oils help to reduce acne, and are often found in face washes and other skin care products.
Tea- In addition to seasoning meat and vegetables with patchouli leaves, you can also steep the leaves in hot water to produce a delicious herbal tea.

Patchouli has few negative side effects, and should not present any risks if used correctly. Highly concentrated patchouli oil can cause skin irritation, so you should not apply it to your skin except in a diluted form, and you should wash any pure oil off your skin with soap and water. Keep the oil out of your eyes, and flush your eyes with water if it does touch them. Although you can eat patchouli leaves, the oils are hazardous; call poison control if you swallow it. Keep the oils out of the reach of children, and do not use them on pregnant women or babies.